Today the FBI announced an investigation, code-named Operation Varsity Blues, that uncovered a network of wealthy parents who paid thousands of dollars to a college-admissions private counselor to boost their children’s chances of gaining entrance into elite colleges. The U.S. Attorney for Massachusetts Andrew Lelling stating, “There can be no separate college admission for wealthy, and I will add there will not be a separate criminal justice system either.”

The investigation also revealed that the counselor facilitated the cheating by instructing parents “to seek extended time for their children on college entrance exams, which included having the children purport to have learning disabilities in order to obtain the required medical documentation.” (emphasis added)

These actions hurt all individuals with disabilities, including those with learning disabilities, by perpetuating the misperceptions that many students who obtain accommodations on college admissions do not have disabilities and that this abuse is widespread.

Individuals with learning disabilities have average to above-average intelligence and have a neurobiological disorder that impairs their ability to learn yet are capable of average or above-average achievement. The courts have succinctly stated the reason that individuals with disabilities obtain accommodations is so the “exam results accurately reflect the test takers aptitude rather than the disabilities.” Enyart v. National Conference of Bar Examiners, 630 F. 3rd 1153 (9th Circ. 2011) Accommodations are about leveling the playing field and not about bestowing an unfair advantage. 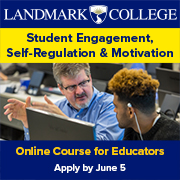