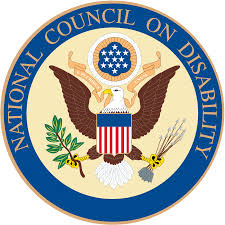 On June 18, the National Council on Disability (NCD), an independent federal agency, released a report which takes a close look at the policies and practices that push many of the nation’s schoolchildren out of the classroom and into the juvenile and criminal justice systems. Many of these children are in fact students with disabilities, and many are also children of color. The report, entitled Breaking the School-to-Prison Pipeline for Students with Disabilities, considers whether existing federal laws offer ways to disrupt this pattern. The full report can be obtained on the web at http://www.ncd.gov/publications/2015/06182015/

Among incarcerated youth, 85 percent have learning and/or emotional disabilities, yet only 37 percent receive special education in school. Most were either undiagnosed or not properly served in school” [Page 6].

The report therefore attempts to understand why this situation exists and incorporates a number of recommendations which focus on ways to improve existing special education delivery and enforcement systems in hopes of addressing this issue. Further, the report also includes examples of findings which illustrate the potential for systemic problems when provisions of the Individuals with Disabilities Education Act (IDEA) are not appropriately implemented, or when practices like Response to Intervention (RTI) are used to delay or deny the provision of special education services. This is particularly true of students of color with disabilities.

Here is an excerpt from the report which is particularly insightful in regard to the problems of racial bias which can creep in during the special education identification process:

The various special education processes, including child find, assessment, and IEP development, are similarly susceptible to implicit racial biases. With regard to child find, advocates report that school districts often cite the social maladjustment or environmental, cultural or economic disadvantage exceptions to IDEA eligibility when refusing initial parent, guardian, or caretaker requests to evaluate students of color. For example, the Disability Rights Education and Defense Fund (DREDF) cited a letter from a Northern California school district to their client, an African American foster child with severe emotional and learning issues that discounted a possible disability because of the student‘s frequent moves, limited school experience, and social maladjustment. A child‘s harsh life circumstances should not be used as the reason to refuse to assess for IDEA eligibility, just as it should not be used as a proxy for disability. [Page 48]

Similarly, the report also highlights problems which have been found in the assessment and diagnosis of students with disabilities:

Another area vulnerable to implicit racial biases is assessment. School psychologists often find students of color ineligible for special education because their behavior is believed to be willful or purposeful and not related to a disability. Instead, psychologists will diagnose these students with conditions such as oppositional defiant disorder (ODD) and conduct disorder (CD), which are inappropriately classified as non-IDEA eligible conditions. In other instances, schools violate IDEA by refusing to assess students until their families submit medical documentation from a physician. Even when families are able to submit medical proof of learning difficulties such as ADHD, schools still deny IDEA eligibility on the basis that these conditions are co-morbid with ODD or CD. The fact that over half of youth in the juvenile justice system have ODD or CD suggests that schools are failing to serve many students with coexistent IDEA-eligible conditions. [Page 48]

One other aspect worth noting in the report is the trend for some school personnel to deflect parent requests for special education assessments by insisting that Response to Intervention (RTI) methods be used instead:

[Recommendation 3.7.] ED and SEAs must monitor LEA implementation of RTI, including as a means of assessing special education eligibility for some students (e.g., SLD under 20 U.S.C. § 1414(b)(6)(B)), as part of their IDEA monitoring and enforcement responsibilities to ensure schools are not violating their IDEA child find requirements by using RTI to deny or delay special education assessments. [Page 27]

Be sure to read the entire report for many more recommendations. As parents, educators and advocates, none of us want to see our youth end up in the correctional system. Especially for youth with learning disabilities, this only compounds the problems already present in navigating the educational and life journey each must pursue.

Steve Noble is a member of the LDA Public Policy Committee; served on the LDA of America Board of Directors 2004 – 2009; served several terms as President of the LDA of Kentucky, as well as Chair, Co-Chair, and member of a number of other national committees through the years. He is currently adjunct faculty at the University of Louisville, as well as Mathematics and Science Content Specialist for Bridge Multimedia. He serves as a frequent research consultant for national special education technology research projects and vendors of assistive technology.