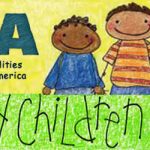 There is a shift happening – slowly – in the way we seek to protect people, especially children, from toxic chemicals in our food and products. Federal agencies charged with evaluating and regulating toxic chemicals often take a chemical-by-chemical approach. For example, after years of exhaustive study and industry pressure, the Environmental Protection Agency might ban one type of pesticide from certain uses, after finding that the pesticide in question is linked to learning and developmental disabilities and cancer.

The usual response from chemical manufacturers is to replace the banned pesticide with other pesticides that may be similar in chemical structure to the harmful product that was just removed from the market. These “replacement” pesticides are often minimally tested for effects on human health. Often, over time, the replacement chemicals turn out to be just as harmful as the ones that were banned.

This cycle – of removing a known toxic chemical and replacing it with an untested chemical that is highly similar and that turns out to also be harmful to people – is known as “regrettable substitution” and it happens all the time.

When the government reached an agreement with chemical makers to remove certain highly toxic flame retardants from the market, the manufacturers substituted other flame retardant chemicals that are now showing similar health effects – interfering with brain development and thyroid hormones. When the Consumer Products Safety Commission (CPSC) banned the use of six plasticizers – called “phthalates” – from children’s products, the chemical industry substituted other phthalates that have not been adequately studied for health effects and are now emerging as a concern.

But there are efforts underway – with LDA playing a leadership role – to evaluate and potentially remove entire categories of toxic chemicals from products and food, and thereby stop the cycle of regrettable substitution. Last year, LDA joined with other major national organizations, including the American Academy of Pediatrics and the Consumers Union, in filing a petition requesting that the Consumer Products Safety Commission ban the sale or import of four categories of products if they contain any of an entire class of chemical known as “halogenated” flame retardants. These particular flame retardants disrupt brain development, and the body’s endocrine system, and are also carcinogenic. All of the flame retardants in this category are structurally similar, migrate from products and are made up of at least one known toxic chemical.

Maureen Swanson, LDA’s Healthy Children Project Director, provided written and oral testimony in support of the petition to the CPSC in late 2015 and early 2016. The CPSC has closed the comment period and is now considering the petition and all comments. The federal agency will hopefully reach a decision later this year.

In March 2016, based on our leadership on the flame retardants issue, LDA was invited to join a petition to the U.S. Food and Drug Administration (FDA) requesting that FDA ban a group of 30 phthalates used as food additives. Most of the phthalates in question were approved for use decades ago and are used in plastic wraps and other food packaging.

A mounting body of scientific evidence shows that these phthalates can wreak havoc with thyroid hormones, brain development and the body’s reproductive system. Eating food contaminated with phthalates is considered one of the main ways that people are exposed to these chemicals. The petition was just submitted to the FDA, which will decide whether to formally accept it and set a period for public comment.

LDA is recognized as playing an important role in the national effort to change the way our government evaluates and regulates toxic chemicals. Often in the past, concerns with neurodevelopmental toxicity – whether a chemical can interfere with healthy brain development and contribute to learning and behavior problems – were not included in the debate. Thanks to strong and sustained involvement by LDA’s national office and state affiliates, our concerns are increasingly being heard.

Working in coalition with health, environmental and consumer organizations, LDA is helping to slowly shift the country’s approach from allowing “regrettable substitution” of one toxic chemical for another, to an approach that considers chemicals by category or class. Tackling chemicals in appropriate categories, based on similar structure or mode of action, is a much better way to prevent harm to children’s vulnerable developing bodies and brains.