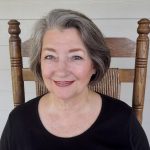 The following officers were elected by the Assembly of Delegates during their Annual Meeting on Tuesday, February 16, 2016, at the Marriott’s Orlando World Center Hotel in Orlando, Florida.

All officers, except the LDA President, are elected for a one-year term. The term of the President is two years. Immediate Past President Allen Broyles will serve on the Executive Committee until February 2018. Beth McGaw was elected by the Board of Directors to be their representative on the Executive Committee for the next year. Patricia Useem, Indiana, was elected by the State Presidents to serve as their representative on the Board of Directors.

The Nominating Committee worked diligently to select candidates who bring a variety of skills and experience to the Board.