We are going virtual!

Find Out More and Register Today!
Skip to content 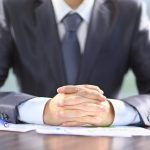 After an extended period without a permanent director, the Office of Special Education Programs (OSEP) at the U.S. Department of Education has a new chief.  Laurie VanderPloeg, a longtime special educator and advocate, has been appointed as OSEP Director.  At the time of her appointment, Laurie was serving as president of the Council for Exceptional Children and had previously been president of the Council of Administrators of Special Education.

In addition to her work as a special education professional, Laurie brings the family perspective.  She is the mother of an adult son with disabilities, so she has always been conscious of ensuring families understand and are able to access services for their children.

Laurie joins Johnny Collett, the Assistant Secretary for Special Education and Rehabilitative Services, to round out the special education leadership team at the Department of Education.  LDA looks forward to working with Ms. VanderPloeg to ensure the voices of students with learning disabilities and their families continue to be  heard. 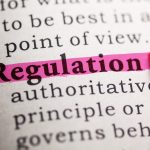 In June, U.S. Secretary of Education DeVos announced that implementation of the regulation addressing significant disproportionality in special education would be delayed for two years.  LDA had sent a letter in April to Johnny Collett, Assistant Secretary of Education for Special Education and Rehabilitative Services, opposing the delay, as did many of LDA’s partner disability organizations and civil rights and other advocacy groups.  New information is now available about the fate of the regulation.

A new proposed regulation on significant disproportionality is now expected in February 2019.  This information comes from the recently released Unified Agenda and Regulatory Plan, a compilation issued by the Administration regarding the schedule for and data on regulatory activities across federal agencies. Thus far, no specific information has been released about the language of the new proposal.

In its letter to Assistant Secretary Collett, LDA noted “longstanding concerns around the issue of significant disproportionality, especially in regard to identification of students of color in the category of Specific Learning Disabilities.”  The letter also acknowledged that the organization views special education eligibility as “only one of a number of factors contributing to what is a much larger systemic education issue that cannot be addressed solely through these regulations.”

LDA continues to assert that a concerted effort is needed to address this serious problem and was troubled when delayed implementation was announced.  The LDA Public Policy Committee and LDA Policy Director Myrna Mandlawitz will examine the new proposal closely and again will send comments and concerns to the U.S. Department of Education.  Please note that whenever such comments are submitted, those comments are posted on LDA’s social media and website for LDA members’ and the public’s information. 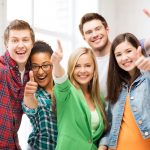 A new report from the Government Accountability Office (GAO) examines how states are implementing pre-employment transition services for students with disabilities.  The Workforce Innovation and Opportunity Act (WIOA), signed into law in July 2014, required state vocational rehabilitation (VR) agencies to expand these services to help students transition from school to further education or work.

Seventy-four of the 79 state VR agencies responding to the GAO for this report indicated they are serving more students and offering more pre-employment work-based learning opportunities since WIOA went into effect.  However, states noted there are still challenges to implementation, and identified two main issues.  First, states said they need more guidance from the U.S. Department of Education to understand what expenditures are allowable with the reserved VR funds.  Second, fewer than half the responding VR agencies reported having updated interagency agreements with state education agencies.  These agreements are designed to help the agencies coordinate and more effectively provide services. Without current agreements, the system cannot run as smoothly as designed.

In developing reports for Congress, the GAO usually provides recommendations based on its research into a topic.  The agency in question is not required to accept these suggestions.  In this report, the GAO offered three recommendations to the Department of Education:

The Department of Education accepted the first recommendation but not the other two. The GAO has since revised the second recommendation and believes additional information is needed on the third.

LDA has a longstanding interest in ensuring strong VR services are available to students with learning disabilities.  Knowing how your state is doing in providing these transition services may be critical to students’ success after  high school.  You can find the full report and recommendations at https://www.gao.gov/assets/700/694378.pdf. 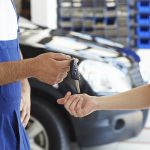 When Fiscal Year 2018 (FY 2018) ended on September 30, the Congressional Budget Office reported a budget deficit of $782 billion, $116 billion greater than the previous year.  In its analysis of this deficit, the bipartisan Committee for a Responsible Federal Budget said $164 billion of the total was due to the new tax cuts and $68 billion was a result of higher spending caps.  The Administration has now called for cuts in discretionary (annual) spending across all federal agencies to address the deficit.

Congress has already settled funding for education for FY 2019, which began on October 1.  The president agreed to sign the bill, even though Congress not only rejected his proposed cut to the agency, but increased it very slightly over the previous year.  The bill, which covered education, health and human services, and labor, was coupled with funding for the Department of Defense, helping to ensure the president’s signature.

FY 2020 is going to be a challenging year, since the tight budget caps enacted in 2011 by Congress go back into effect.  To meet the cap for FY 2020, Congress would have to reduce non-defense discretionary spending by $55 billion, a little less than the total funding level for the Department of Education.  Adding another 5 percent cut on top of that would severely handicap agencies’ ability to deliver services.

LDA will be monitoring this situation closely.  The president will release his budget for FY 2020 officially in February, after which LDA and its partner organizations will begin to educate new and returning members of Congress about the needs of individuals with learning and other disabilities and the funding required to meet those needs.