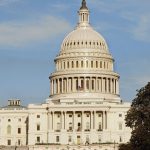 In what has become an annual ritual, Congress left Washington in early October with the country operating under a continuing resolution (CR).  The CR, a stopgap measure that funds the government until Congress completes work on the 12 appropriations (spending) bills, will expire on December 9.  The CR also included final funding for the Military Construction and Veterans Affairs bill, leaving 11 appropriations bills awaiting action.  The decision for Congress when it returns for the post-election lame duck session is whether to extend the CR or to finalize appropriations for Fiscal Year 2017 (FY 2017), which began on October 1.

The CR extended FY 2016 funding for all programs until December 9 at current rates with a small 0.496% across the board cut.  This was necessary to stay within the very tight sequestration cap.  Several education programs, including IDEA, were affected by this small cut, since funds are allocated to school districts for those programs on October 1, rather than July for all other education programs. If the final funding bill for FY 2017 does not include this across the board cut, the Department of Education would then restore the amount that was cut at the beginning of October.

It is unlikely, in fact nearly impossible, that Congress will be able to finish the 11 remaining appropriations bills before the end of the calendar year.  This is particularly significant because in January 2017 a new Congress will be seated with new members and a potential change in majority in at least one chamber.  Those dynamics make the election very significant for how the lame duck Congress will deal with finalizing spending for FY 2017.

Congress has several choices.  They simply can pass another CR that would carry current funding into the next calendar year and into a new Congress.  That CR could be short-term, longer term, or even for a full year.  LDA opposes additional CRs, especially for the long term, as it hampers school districts’ ability to budget effectively and to meet the rising costs of educating students appropriately.

Another option would be to pass a series of “minibuses,” combining several of the 11 appropriations bills for consideration together.  Congress also could consider an “omnibus” that would include all or most of the remaining bills, while possibly considering a few of the bills individually.  House leadership favors the minibus approach.  Whatever approach is adopted, the Labor-Health and Human Services-Education appropriations bill, which funds the large majority of LDA’s priority programs, is usually the last bill to be considered.  There are often controversial policy riders attached that make it difficult to reach agreement on the legislation.

Regarding any possible increases in education funding for FY 2017, one wrinkle is the very strong bipartisan support for increases in spending for the National Institutes of Health (NIH).  LDA also supports a strong investment in health research.  However, because NIH and education are both funded through the Labor-HHS-Education bill, any increases in one program must be offset by decreases in the other.

LDA continues to work with congressional staff to ensure they are aware of our funding priorities.  We will know more after the election about how funding for FY 2017 will be resolved.

Over the last two years, LDA has been involved in monitoring and commenting on proposed federal teacher preparation regulations.  The regulations are focused on ensuring high quality in the 26,000 teacher preparation programs across the country, graduating educators ready to enter the profession and providing elementary and secondary students with highly prepared teachers. The final regulations were released on October 12 and will be officially published in the next several weeks.  More…

The original proposals were met with much concern in the general and special education communities and prompted significant feedback to the request for comments from the Department of Education.  LDA has participated with a large coalition of K-12 and higher education groups in expressing concerns, including joining meetings to the Office of Management and Budget as staff reviewed potential effects of the proposals.

Since the rules were just released, the education community is still doing a close reading of the regulations.  However, the coalition was pleased to see the Department acted on a number of concerns raised after receiving close to 5,000 comments, almost all in opposition, on the draft regulations issued in 2014.

The rules impose an accountability system on higher education that is more akin to what the education community is accustomed to in the K-12 system.  To assess the effectiveness of all teacher preparation programs, including traditional, alternate route, and distance learning, States will be required to report annually at the program level on several measures.  These include placement and retention rates of graduates in the first three years of teaching, including in high-need schools; student learning outcomes based on student growth, teacher evaluation, and other state-determined metrics related to student outcomes; and, other program characteristics, including ensuring program graduates have clinical preparation and have passed rigorous exit exams.  States must also work with stakeholders, including educators and program providers, to develop or improve systems used to identify effective and low-performing programs.

The rules aim to direct prospective teachers in high-need fields or low-income schools to attend high-quality prep programs by allowing TEACH grants only in those programs determined effective by States in at least two of the previous three years. TEACH grant recipients are obligated to work in high-need fields or in schools serving low-income families for at least four years within eight years of completing their preparation program. LDA and other special education groups expressed strong concern about the possible effects on the special education teacher shortage, including limiting these grants. In fact, these regulations are unprecedented in their linkage between eligibility for federal student financial aid and accountability systems that each State will design.

Senator Alexander, chairman of the Health, Education, Labor and Pensions Committee, has indicated he intends to reauthorize the Higher Education Act next year.  How these rules will align with that action is unclear.  LDA will continue to analyze the rules to assess the potential impact on recruiting and retaining new special education teachers. 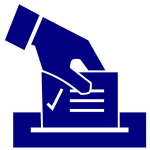 With everyone in full election mode, Washington insiders have begun to speculate about the changes in congressional leadership.  The House of Representatives will see some major shifts, due to term limits on chairmanships, retirement, and possible election changes.

The education community is watching the House Education and Workforce Committee closely, with a change in the chairmanship and possibly also the ranking member.  First, Chairman John Kline (R-MN) is retiring at the end of the year, leaving vacant the chairmanship.  If the Republicans retain control of the House, Representative Virginia Foxx (R-NC) has been discussed as the most likely candidate to step into the chairmanship.  As for Ranking Member Bobby Scott (D-VA), rumors are that, if the Democrats win the White House, Scott is first in line to an appointment to fill the Senate seat of vice presidential candidate Tim Kaine.  Several Democrats have expressed interest in the ranking position, including Representatives Susan Davis (CA), Joe Courtney (CT), and Marcia Fudge (OH).

With the election of a new Congress in November, there will also be a number of changes that will affect the full membership of these committees.  Once the elections are over, we will conduct a full review of new members and where their interests coincide with LDA priorities, as well as examining changes in the committees of jurisdiction.

After a long and difficult process, the Lautenberg Chemical Safety Act was enacted this past summer, amending the Toxic Substances Control Act.  LDA has been a leader in the Safer Chemicals, Healthy Families coalition of over 450 national organizations and businesses, working to regulate or eliminate toxic chemicals used in homes, schools, workplaces, and in everyday products.  Now the Environmental Protection Agency (EPA), the implementing agency, has begun to identify chemicals that will receive expedited action under the new law.

The Lautenberg Act gives the EPA important new powers to require chemical testing and take action to restrict priority chemicals. That said, this will be a slow process, and LDA, through its Healthy Children Project, will monitor closely the implementation of the law.  The provision of the law requiring expedited action applies only to a small number of chemicals known to be “Persistent, Bioaccumulative and Toxic” (PBT).  PBTs pose singular threats to public health, because they do not break down in the environment and accumulate in the food chain, including in the human body.

The EPA has now decided on five chemicals to receive expedited action, including chemicals used as flame retardants in consumer products, in the manufacture of rubber compounds and lubricants, and as oil and gasoline additives.  Manufacturers were allowed a few months to request that the EPA conduct risk evaluations for PBTs listed on the EPA work plan as an alternative to expedited action, and two such requests were made.

For the rest of the PBT chemicals, EPA must proceed on expedited actions to reduce exposure to those chemicals as much as feasible. After EPA finishes identifying where these chemicals are used and how people are exposed to them, it will propose limitations on their use.

PBT chemicals are of particular concern because they remain in the environment for significant periods of time and are concentrated in organisms exposed to them.  The chemicals can transfer among air, water, and land, and cross geographical and generational boundaries.

The Healthy Children Project continues to raise awareness of environmental factors, particularly toxic chemicals, that can harm brain development, contributing to learning disabilities and behavior disorders. LDA hopes the Lautenberg Act will improve public health outcomes, reducing exposure to these harmful substances and reducing the number of children with specific learning disabilities as a result of pre- and post-natal exposure.