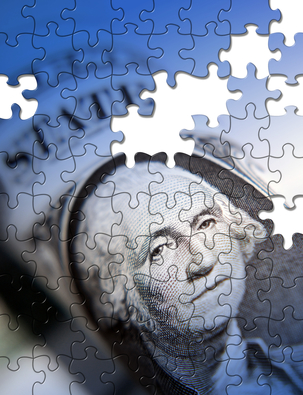 The government is currently operating under a Continuing Resolution (CR), a stopgap measure to keep the agencies running until Congress decides spending levels for Fiscal Year (FY) 2016. This measure is set to expire on December 11. Congressional leaders have expressed support for crafting a budget deal possibly for two years that would loosen the very tight budget caps, giving the appropriations committees additional money to fund critical programs.

Sources have reported some budget talks among Senate and House leaders and the Office of Management and Budget and the White House. Democrats have made clear their goal is to pass a two-year budget deal that would raise the current caps by $76 billion per year divided equally between defense and non-defense discretionary (NDD). In addition, they want to drop the ideological riders, such as defunding Planned Parenthood, from any omnibus spending bill. Republican leaders must deal with a group of their members who want to preserve the overall cap and increase spending on defense while imposing an even tighter cap on NDD.

In order to reach a budget deal, a number of questions must be addressed, including who will be involved in such negotiations. Leadership must also consider whether a deal can be reached to raise the caps and, if so, for one or two years. In addition, would such a deal provide equal increases for defense and NDD. Other key issues to resolve include how to pay for raising the caps. Republicans might insist on cuts in entitlement programs, which would be unacceptable to Democrats, while Democrats would most likely look to increases in revenues, equally unacceptable to Republicans.

As in all Washington discussions, politics play a role. If a budget deal is reached that conservatives oppose, the question remains whether new House leadership or current Speaker Boehner (R-OH) would allow a vote on the deal. Of course there is also the issue of whether the deal would pass the House and Senate. Once a deal is passed, the next step would be to negotiate an omnibus appropriations deal that would settle spending for the current fiscal year (FY 2016). However, if policy riders are once again attached, this might pose a serious obstacle to finalizing spending.

Finally, if a budget agreement is not concluded, Congress would be faced with the decision whether to pass another CR to keep the government open and whether that would be a short-term or possibly a year-long CR. It is unclear if the president would sign a year-long CR that would lock in the tight budget caps perhaps for not one but two years.

This is a very fluid situation with far-reaching consequences. With both policy and politics at play, these will not be easy decisions. 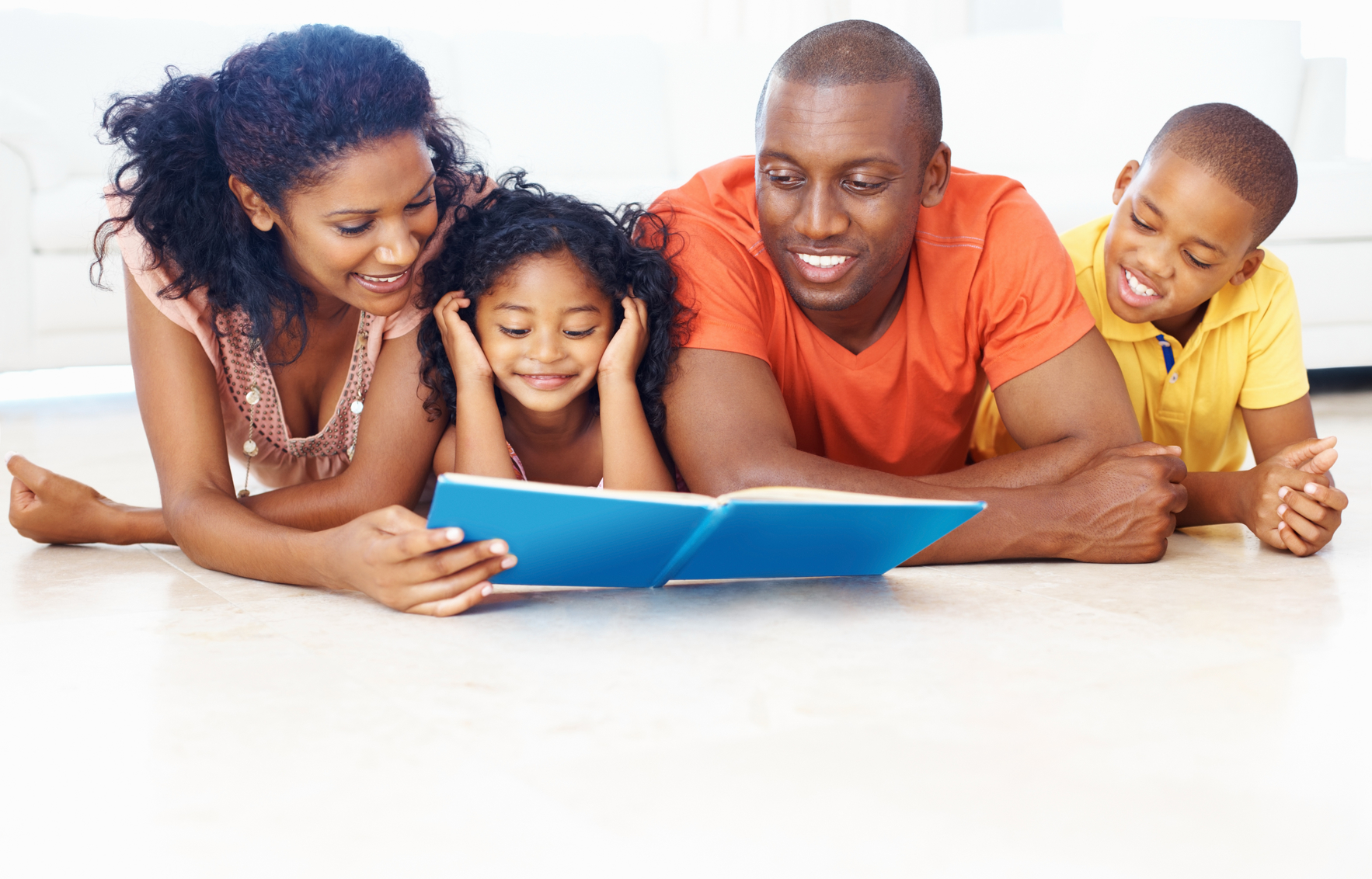 An interesting conflict has arisen as Congress examines the Elementary and Secondary Education Act (ESEA, currently known as No Child Left Behind), while also attempting to reach agreement on funding for Fiscal Year (FY) 2016. The Striving Readers program, ESEA discretionary grants awarded as demonstration programs, would receive no funds under the House or Senate Labor-Health and Human Services-Education appropriations bills if passed as currently written, although the Senate ESEA bill would authorize a very similar comprehensive literacy program.

Striving Readers is replaced in the Every Child Achieves Act, passed by the Senate as their bill to reauthorize ESEA. The language in that bill is almost identical to the LEARN Act, a freestanding bill sponsored in the past several Congresses by Senator Murray (D-WA), ranking member on the Senate HELP Committee, and is also very close to the current Striving Readers language. The House bill, Student Success Act, does not include this program which addresses literacy from birth through grade 12.

In his proposed budget for FY 2016, President Obama included the Striving Readers program at the current funding level of $160 million. In contrast, neither the House nor the Senate appropriations bills includes any money for this important program. The government is operating right now on a stopgap measure to keep agencies running known as a Continuing Resolution until December 11, so all funding decisions are up in the air.

It is rare that Congress would fund a new program such as the LEARN Act without it being authorized. That said, Striving Readers came into existence through an appropriations bill, so the same could happen with the LEARN Act. More important, however, once a program is defunded, getting new funding for the same or a similar program is very difficult. Therefore, the Advocates for Literacy coalition, of which LDA is an active member, is working tirelessly to ensure LEARN stays in the final ESEA bill and also that funding for literacy is included explicitly in any funding bills. With the ESEA and appropriations discussions running simultaneously, the end game is not clear.

Literacy through the lifespan is a key priority for LDA. Please check back monthly to keep up with developments on ESEA and funding for the current fiscal year. 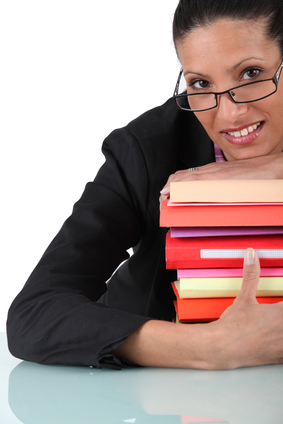 The Office of Career, Technical, and Adult Education (OCTAE, U.S. Department of Education) has a new online center for adult learners to assist them in accessing free high-quality resources on education and job skills. The LINCS Learner Center (https://learner.lincs.ed.gov/) brings together resources from a number of federal agencies and organizations to help users improve reading, writing, math, science, and English skills and build job skills, as well as help them find training and postsecondary education programs and prepare for citizenship.

The initial site is a beta version. As the site is built out, it will include more tools and features, as well as additional organizational partners and resources.

Users can search by location for literacy programs through the America’s Literacy Directory portal. There is also a resource to help connect users with low-cost Internet and computer offers. Another service provided by the Center for the Study of Adult Literacy is an online library with subject matter available for readers at all literacy levels. Individuals can find out about higher education financial aid, apprenticeships, retraining, and other critical information through the Center.

This Center is an outgrowth of OCTAE’s February 2015 report, Making Skills Everyone’s Business: A Call to Transform Adult Learning in the United States, which identified the need and potential to reach more low-skilled adults through online, on-demand tools. 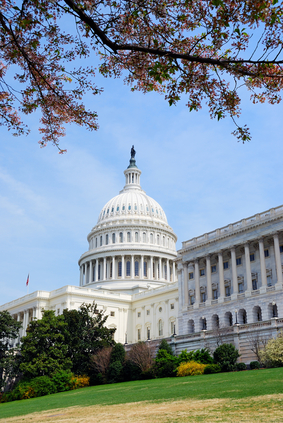 Congress has been working since 2007 to reauthorize the Elementary and Secondary Education Act (ESEA, currently known as No Child Left Behind), a process through which Congress reexamines a law and determines what to keep, what to eliminate, and what to amend. Congress has moved farther ahead this year in reauthorizing the law than it has since the process began eight years ago. However, they have not yet reached the finish line.

We have reported in the past months on the Senate Every Child Achieves Act and the House Student Success Act, passed by the respective chambers earlier this year. The next step in the legislative process has begun. Staff of the chairmen and ranking members of the House and Senate education committees are locked in negotiations over how to reconcile the differences between two very different bills, and the urgency to complete this task is growing.

The staff involved in the negotiations is keeping a very tight lid on any decisions made thus far. However, advocates have learned that all provisions of the bill are under discussion, and the goal is to have a final bill in November. Even staff to other education committee members are not privy to these high-level discussions.

The urgency of completing the bill by November is linked to time and politics. Everything in Congress revolves around how much floor time is available to adequately debate bills and what other competing legislation will consume that time. Given the funding issues facing the body – deciding on Fiscal Year 2016 spending and addressing the debt ceiling, just to name two major issues – it appears that November might present a small window of opportunity to get the final ESEA bill to the floor of each chamber.

Even if time is available, politics could intervene in passing a final ESEA bill. The upheaval over the Speakership in the House of Representatives affects the passage of any bills. In addition, process is a big issue for the Republican majority, some of whom do not want to rely on Democrats to pass bills, a situation likely to present itself in considering the ESEA.

Whether a final ESEA bill is passed before the end of the calendar year is a game of “watch and wait.” LDA continues to advocate for its priorities with committee staff as the process continues to unfold.