As the congressional August recess approached, LDA and other advocacy organizations waited to see if Congress would finalize a deal to raise the budget caps put in place by the Budget Control Act of 2011 (BCA).  The BCA caps were set to expire at the end of Fiscal Year (FY) 2021 (school year 2021-22).  The result of the BCA caps remaining in effect for Fiscal Years (FY) 2020 and 2021 would have been deep cuts to current spending levels in all LDA’s priority areas – education, health, job training, and environmental issues.  Members of Congress came together and passed a bill raising the caps for the next two years, and the bill has now been signed into law.

The Bipartisan Budget Act of 2019 (Public Law 116-37) removes the caps on discretionary funding.  So what happens next?

The House Appropriations Committee had already allocated amounts to its 12 subcommittees, each of which funds certain federal agencies.  The House allocations were, in some instances – such as for the Labor-Health and Human Services-Education Subcommittee – substantially above the BCA spending caps.  The new spending caps for FY 2020 and 2021 are below the House levels, so adjustments will eventually have to be made.

The Senate, on the other hand, did not begin consideration of FY 2020 appropriations bills, waiting instead to see whether the caps would be lifted.  Now that the budget deal has been signed into law, the Senate Appropriations Committee will determine how much each subcommittee will receive.  Once those subcommittees have done their work, differences in the Senate and House bills will be reconciled, and final spending levels for FY 2020 – beginning on October 1, 2019 – will be set.

The House has passed its Labor-HHS-Education bill, and the Senate is committed to getting its Labor-H bill done quickly.  In fact, it is expected that bill will be finished in the full Senate Appropriations Committee the week of September 9.  In addition, Congress will again pair the Labor-H and Defense funding bills, which ensures quicker final action.  That said, it may still be difficult to get the two-bill “minibus” through Congress and signed by the president by the start of the new fiscal year.  In that case, Congress will likely pass a Continuing Resolution, the device that keeps the government operating until final spending levels are set.  The alternative is to shut down the government which, moving into a major election year, is highly unlikely.

The bottom line for LDA is that, while we may not see the significantly large increases included in the House bills, priority programs should receive at least current year funding and hopefully some small increases.  LDA will keep members posted on programs that receive increases, so they can thank their members of Congress for their action.

As an ongoing supporter of bills to fully fund IDEA-Part B (K-12 programs), LDA has recently added its backing to a companion bill that would significantly increase funding for the Infants and Toddlers Part C program and the Section 619 preschool program.  Representatives Mark DeSaulnier (D-CA) and Rodney Davis (R-IL), joined by Representatives Jared Huffman (D-CA) and Brian Fitzpatrick (R-PA), have come together to sponsor the Funding Early Childhood is the Right IDEA Act (H.R. 4107), recognizing that the number of young children in need of services is increasing at a rate exceeding the federal funding contribution.

Historically, the Section 619 preschool program had relatively low funding from its inception in the early 1980s, with a rapid increase between FY 1987 and FY 1995.  After that, funding remained stagnant, finally reaching its highest level in actual dollars in FY 2000.  Since that time, funding has only fluctuated slightly in actual dollars, with a decline in real dollar value.  FY 2018 and current funding for FY 2019 were the first real increases in a very long time.

For the Part C Infants and Toddlers program, again funding took off in the first years of the program.  However, since FY 2004, there has been very little actual dollar growth, with declining constant dollar value. As with Section 619, the first real increases began just last year in FY 2018.

With more research pointing to the efficacy of early identification, early intervention, and early education generally, these programs have taken on even greater importance for the growth and development of infants and toddlers and young children with disabilities.  Investing early also has proven to be cost-effective in reducing the need for more intensive special education services for some children who have participated in the early intervention and preschool programs. There also is a strong emphasis, particularly in Part C, in serving the whole family and helping family members learn best how to support their young children, strengthening the argument for significantly increasing funding for the programs.

H.R. 4107 is a short bill, just like the IDEA Full Funding Act (H.R. 1878/S. 866), its Part B counterpart.  The bill includes authorization levels – specific amounts Congress must spend over the next 10 years – to get back to the peak spending levels for the two programs.  It is important to note, however, that decisions on federal funding for all IDEA programs are part of the annual appropriations process, which means Congress decides from year to year what amount of federal funds to allocate to these programs.  Therefore, these funding bills would simply be a guide for Congress in their annual budget deliberations.

LDA joined with a broad group of organizations as an early supporter of H.R. 4107 and will advocate for and follow the progress of this bill. 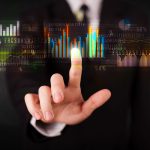 Acting U.S. Secretary of Labor Patrick Pizzella has sent a letter to the nation’s governors encouraging them to track the number of state employees with disabilities. While states are not required to collect these data, having this information should assist states to assess their hiring practices, as well as allow for cross-state comparisons. Still only a few states currently collect this information.  The Labor Department noted the added importance of hiring more individuals with disabilities, as the country celebrates the 29th anniversary of the passage of the Americans with Disabilities Act (ADA).

The SEED initiative began in 2015 and has since worked with leadership in 46 states and the District of Columbia to enact more than 90 laws and several executive orders. These laws include establishing states as model employers of individuals with disabilities, creating person-centered approaches to career development, and reducing mobility barriers using accessible transportation.

LDA actively supports job training and support for people with learning and other disabilities.  Having the acknowledgment of federal and state governments of the importance of hiring individuals with disabilities provides greater encouragement for private sector employment, as well. 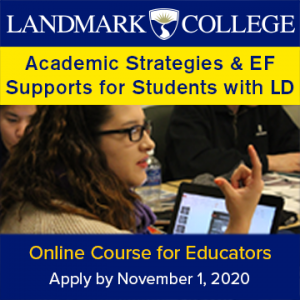