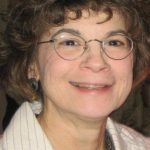 As this article is being written, the Senate has just voted to reopen the government after a 3-day shutdown.  A shutdown occurs when Congress and the Administration have not been able to agree on funding levels for the current federal fiscal year.

The federal fiscal year runs from October 1 through September 30.  We are currently in federal fiscal year 2018 (FY 2018), which began on October 1, 2017.  In “DC-Speak,” the term “regular order” means completing all business on time, including getting 12 appropriations (funding) bills completed and enacted by the beginning of the fiscal year.

Each of the 12 bills funds one or several federal agencies, supporting all discretionary programs and activities – those subject to annual appropriations – under the jurisdiction of each agency. Mandatory (entitlement) programs are not part of this calculation.  LDA most closely follows the Labor-Health and Human Services-Education Appropriations bill.  We also keep an eye on the subcommittee bills that fund the Department of the Interior, which covers the Toxic Substances Control Act, and the Justice Department covering civil rights issues and juvenile justice.

Appropriations bills can be stuck due to policy issues, such as the current fight over DACA (Deferred Action for Childhood Arrivals), border security, and immigration reform generally.  However, in reality, the bigger issue in the recent past and now is what the aggregate spending levels will be.  This is supposed to be determined early in the year by a “budget resolution.”  The budget resolution sets out Congress’s spending priorities in a non-binding resolution (does not need presidential signature), but also, and most important, determines the total amount of discretionary dollars the 12 appropriations subcommittees will have to fund their programs and activities.   In the last few years Congress has not even been able to complete passage of a budget resolution.

There is one last “complication”:  The Budget Control Act of 2011 imposed a sequester – automatic spending cuts based on increasingly tight budget caps through FY 2021.  Since that law went into effect, Congress has repeatedly passed legislation to waive the budget caps to allow higher funding levels.  In other words, Congress has continued to acknowledge that the budget caps they imposed in the 2011 Act are insufficient to fund the functions of the federal government.

Each of us should care deeply when Congress and the Administration – regardless of political party – fail to do their jobs.  Ordinary citizens – you and I – are affected in countless ways.  Local and state government entities, including school districts, cannot budget appropriately since they are unclear about the amount of federal funds they will receive.  Threats to cut programs to stay within budget caps add unnecessary stress to administrators and beneficiaries.  The bottom line is that it is just not good policy to govern in this manner.

LDA continues to proceed with positive messages, encouraging federal lawmakers to do their jobs and protect the services for and rights of individuals with learning disabilities.  Making sound fiscal decisions is the first step in this process.  Let’s hope they do a better job in FY 2019!

Myrna  Mandlawitz, a native of Virginia, spent fourteen years as a classroom teacher and assisted in the development of Virginia’s program for infants and toddlers with disabilities.  She holds a master’s degree in Early Childhood Education from Boston University and a law degree from Temple University. She has worked in Washington for 25 years as a consultant/lobbyist on special and general education policy and legislation.