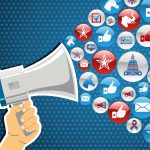 After many months of political ads, debates, and discussion, the midterm elections have now come and gone.  While LDA is a non-partisan, nonprofit organization, the political landscape can have a significant impact on the group’s advocacy on behalf of its members.  Legislators across the political spectrum may champion issues of concern to LDA and help move the organization’s agenda forward.

Before discussing the direct impact of the election on LDA, here are a few brief “civics” reminders.  The 115th Congress (the pre-election members) will continue to meet in a “lame duck” session until the end of 2018.  The first session of the 116th Congress begins on January 4, 2019, when the newly elected members will be sworn in, get their committee assignments, and take their seats.

Committee chairmen in each chamber are members of the majority party. The Senate majority remains the same in the new Congress.  However, since the majority in the House will shift from Republican to the Democrat, all current House committee chairmen (Republican members) will be replaced by Democratic members.  Republican members will assume the Ranking Member committee positions (the most senior minority committee members).  In addition, Democrats will have more seats than Republicans on each House committee.  The majority party also sets the agenda for what bills will be considered in each committee and what ultimately comes to a vote on the House floor.

Impact on the LDA Agenda

To begin, several significant “personnel” changes may affect the issues that are in the forefront of LDA’s advocacy efforts.  First, the new chairman of the House Committee on Education and the Workforce – likely to be renamed Education and Labor – will be Representative Bobby Scott (D-VA).  Mr. Scott has a long history as an outspoken civil rights advocate, including for persons with disabilities.  He and his staff are always conscious of the impact of proposed legislation on individuals with disabilities, and we will probably see this reflected immediately in the upcoming reauthorization of the Higher Education Act.

In addition to dealing with specific legislation, the Education committee also has oversight authority for the programs directed by the U.S. Department of Education.  For example, the committee may take a closer look at how states are implementing the Every Student Succeeds Act, especially in regard to the achievement disparities for the subgroups, one of which is students with disabilities.

Another critically important committee and subcommittee that will see changes in leadership are the House Appropriations Committee that funds all federal programs and the Appropriations Subcommittee on Labor-Health and Human Services-Education. The chairmen most likely will be Representatives Nita Lowey (D-NY) and Rosa DeLauro (D-CT) respectively.  Both women are seasoned members of Congress.  They have been  consistent supporters of federal investment in LDA priority programs, including the Individuals with Disabilities Education Act, the Vocational Rehabilitation Act, and other health, education, and job training programs that impact the daily lives of people with learning disabilities.  We can expect the chairwomen to call for loosening the extremely tight budget caps to ensure these programs are adequately and appropriately funded.

LDA advocates for services and supports for individuals with learning disabilities from infancy through adulthood, regardless of the party in charge.  The key principle in that advocacy is building strong relationships with legislators – at the local, state, and federal levels.  We will be calling on LDA members to assist where they already have relationships and to commit to building new ones.  Our messages resonate with policymakers on both sides of the political aisle, but we will need your help to deliver those messages.  We hope you are ready to continue the fight to ensure, as the LDA Vision says, that “all individuals with learning disabilities are empowered to thrive and participate fully in society!’