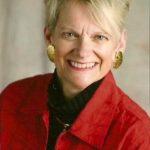 LDA of Illinois showed that a difficult task can be done when we put our mind to the task.  We have been concerned for a number of years about the lack of interpreters for non-English speaking parents at IEPs.  We received complaints from parents that they could not understand what was happening with their children because they were not provided an interpreter at the IEP or their own children were expected to interpret for their parents.

Thanks to the hard work of Julieta Pasko, one of our very active board members who chairs the Cultural Diversity Committee on the LDA of Illinois board, a vision became a reality.  Julieta has exhibited at conferences and spoken at a number of conferences for LDA. She has also translated some of our material into Spanish. She laid the groundwork for this legislation.

Julieta, together with others, began working on a proposal in 2015 to require the Illinois State Board of Education to develop standards for the training of individuals who serve as interpreters for parents whose primary language is other than English.  She met with advocates from across the state, talked to legislators together with other LDA of Illinois Board members, and provided much background documentation.

State Representative Elizabeth Hernandez became the sponsor of our legislation, House Bill 424 in 2018. This legislation passed the entire House of Representatives in Illinois in March, 2019, with 5 co-sponsors.  The entire House voted in favor.  Then, Senator Iris Martinez became our sponsor in the Senate. In mid-May, HB 424 passed the Senate with 100% of the votes.    Several legislators stated that “this is a good bill, and the parents of children with IEPs will be the beneficiaries of this bill and you have been very successful . . . . ”    On June 19, 2019 HB 424 was sent to the Governor for his signature.   Finally, on Friday, July 26, Governor J.B. Pritzker signed HB 424, effective January 1, 2020.  The bill is now:  Public Act 101-0124.

The exact language as passed is:

“Amends the Children with Disabilities Article of the School Code. Requires the State Board of Education to adopt rules to establish the criteria, standards, and competencies for a bilingual language interpreter who attends an individualized education program meeting to assist a parent who has limited English proficiency.”

How was it done?   By perseverance, communication, and multiple emails alerting advocates about the bill.  Julieta Pasko’s efforts were tireless and the entire LDA board worked with her to carry out our purpose.

Now the State Board of Education will convene a task force to develop the standards and criteria.  LDA of Illinois will be involved in that effort.