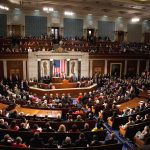 The 2018 midterm elections brought significant changes in Congress. First, the majority shifted to the Democrats in the House of Representatives (235 D; 199 R; 1 race still undecided). Second, the Republican majority in the Senate increased slightly (53 R; 47 D). Most important to LDA, there are some new members with personal and professional connections that may establish them as new congressional champions for individuals with learning disabilities.

The best way to influence and educate members of Congress – and local and state legislators – is to build good relationships early on and nurture those connections. Readers will find below a sampling of new members who have specific background or experience in issues related to advocating for and supporting individuals with disabilities or issues of importance to LDA members. There are a number of other new members on both sides of the aisle who support more funding for K-12 and higher education, including the IDEA, have interests in issues such as mental health services, career-technical education, job training and apprenticeship programs, and disrupting the school to prison pipeline, or have family members or have themselves been educators.

In addition to these new members, it is important for LDA members to identify if their representatives and/or senators are on congressional committees that deal with issues of importance to individuals with learning disabilities. As soon as the committee rosters are finalized in early February, LDA will post those lists under the Advocacy tab on the website at www.ldaamerica.org.

Members with disability-specific platforms, interests, and/or experience include:

For any readers who have one of these members as their Representatives or Senators, LDA would be pleased to work with you to initiate a conversation with those offices. LDA members’ advocacy is critical to ensuring strong legislative solutions that support children, youth, and adults with learning disabilities.