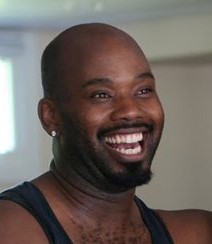 “If you cannot walk with the lions, then walk alone.” ~African Proverb

Have you ever messed up when trying to talk, act, catch a ball, hit, or even dance in front of a crowd? If you have, then you know how embarrassing it feels to miss a step or even drop the ball. If you haven’t, then let me explain to you how it feels. It feels like everyone in the crowd is watching you, and only you. You feel like your world has come to an end. But, you know that you still must go on. You must muster up the courage get up and get off the stage. Even with everyone watching. For many, that experience is but only for a moment in time. One moment in their life they would rather forget. For some, they don’t get to forget. Some don’t get to let it go because it is embedded in their reality. The reality of feeling like they are always messing up. The reality of feeling like they just can’t get it right.

For example, try reading this: A finred who has dlyesixa dicesrebd to me how she eeienrpxces rneidag. She can read, but it tkaes a lot of cieonatortcnn, and the lerttes semes to “jmup auornd” (Beall, 2016). Or better yet, try doing this combination step: Standing in parallel second, release body swing into a barrel jump; attitude with both legs front and back, into a body roll on the floor in a kneeling position contraction hinge into the floor. Then swing legs to stand; first position turned out.

Are you a little confused? Well, don’t get too frustrated. The first reading is a simulation example of how someone with dyslexia would see the words. It says this: A friend who has dyslexia described to me how she experiences reading. She can read, but it takes a lot of concentration and the letters seem to “jump around.” As for the combination step example, you’re on your own. I’m pretty much an untrained dancer. Dennis Breedlove, a dance teacher in Florence, South Carolina would understand both examples. He knows how it feels to dance alone on stage. He knows how it feels to be in the center of the crowd, watching, and somehow, not be watching the same thing that everyone else is watching. Whether dancing on the stage or watching from within the crowd, Dennis has struggled to comprehend the same expectation of life’s performance. To him, he lives the dance recital of a lifetime.

At an early age, Dennis learned that he had a learning problem, but due to the lack of economic resources, which included his mother being a single parent, he couldn’t afford the needed professional testing. Even today, it is not uncommon for many youth to go unaided in obtaining the needed testing and learning tools to be successful in school. “Data shows that minority children are identified more often for special education, particularly those with behavioral issues,” added Dr. Analisa Smith, President of the Learning Disabilities Association of South Carolina. “Other data shows some children are often overlooked for academic failure and socially promoted or pushed on through.”

With a determined mother, a strong desire to complete school, and “special academic support,” Dennis was able to graduate from high school. Dennis explains, “You see, in high school, I was told that I had a learning disability. However; no one at the time informed my mother what my learning disability was exactly.” After college, he officially started teaching in 2000 as a teaching artist in Miami-Dade County Public Schools. He moved to South Carolina in 2009.

Many educators use the summer to organize papers and other materials for the upcoming school year. Dennis recalls, “I ended up finding a course record while hunting for information about my learning disability.” He reflected on the fact that he always wanted to have a better understanding of how he learned. He even got in touch with a few of his high-school teachers to find out more about his learning abilities. Dennis mentioned, “All this time when someone would point out something, I didn’t really know what it was.” He said while working these past 17 years in education that he is “just now acknowledging the elephant in the room.” “I have always believed in empowering students, so why not empower yourself,” he stated. Learning disabilities often go misdiagnosed or under identified in both children and adults.

As a professional educator, Dennis takes pride in teaching, supporting, and spearheading the dance program at South Florence High School in Florence School District One. Since 2009, he has lead the dance team to perform many amazing performances. As the dance program continues to grow, so does Dennis. He leads by example by taking a step forward in discovering more about his learning abilities. In the past few months, Dennis has sent off for all his undergraduate records, and has even scheduled testing services with a certified learning psychologist. He found out that he has the following learning disabilities: Reading (Dyslexia this would also include spelling and writing), Dysgraphia and, Dyscalculia (math). He believes that it is proper for everyone to have a fair and equal chance academically. Armed with this information, Dennis can now make sure that he is extended the appropriate services for testing or any other situation that would require special accommodations as deemed necessary in accordance with the American Disabilities Act.

As a steadfast educator, he is continuing to explore how he learns so that he can in turn identify students that may need more academic assistance. Dennis recalled a short story about when he graduated from a learning center while young. He remembers having a terrifying experience while on stage. He made it through that performance. That year, he eventually had a very special spotlight in the senior section of the yearbook. He revealed, “I used the quote my mother would say to me, ‘No matter how many times you fall, no matter how many times you scrap your knee, get back up dust yourself off and try it again. And always know I will love you for trying.’” He did just that. Dennis continued to try and now has full documentation that his learning disabilities are indeed real—no ‘performance’ needed.

Now it’s your turn to perform! Consider the following:

For more information on testing, special supports, and resources about the different types of learning disabilities, go online to www.ldaamerica.org.

Beall, Abigail. This is what it’s like to read with dyslexia. (2016). Mail Online. Retrieved 26 August 2017, from http://www.dailymail.co.uk/sciencetech/article-3480257/What-s-REALLY-like-read-dyslexia-Simulator-reveals-letters-words-appear-people-condition.html

What is the Americans with Disabilities Act (ADA)? | ADA National Network. (2017). Adata.org. Retrieved 27 August 2017, from https://adata.org/learn-about-ada

About the Author of This Article: Hetlena Johnson (Hetlena.johnson@gmail.com) is a Digital Resource Coordinator for RTTT-D grant in Richland School District Two, Columbia, SC. She is a statewide volunteer contact with the Lupus Foundation of America, Inc. and Lupus Support Group Facilitator for the SC Community Lupus Volunteers Group in Columbia, SC. Follow Dennis Breedlove on Facebook at DJB Dance Theatre Inc.

This article originally appeared in the LDA of South Carolina newsletter, Fall 2017.