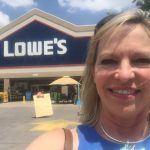 At the end of May, home improvement retailer Lowe’s announced they will stop selling paint strippers containing the toxic chemicals methylene chloride and NMP by the end of 2018. Exposure to these chemicals can be deadly, and also can result in learning impairments in children. Lowe’s vice president of corporate sustainability called LDA to share the announcement and note that LDA’s advocacy played a role in Lowe’s decision to ban the toxic paint strippers. 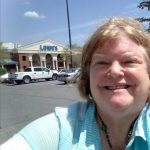 “The Learning Disabilities Association of America applauds Lowe’s for its national leadership in halting sales of these dangerous paint strippers that are linked to lasting problems with brain development, learning and behavior,” said LDA President Beth McGaw. “We urge The Home Depot, Wal-Mart, and other retailers to swiftly follow suit to keep customers and their children safe by removing these toxic chemicals from store shelves. We strongly recommend that the Environmental Protection Agency ban methylene chloride and NMP without exemptions, to ensure the health and safety of all users of paint removal products.”

In April, the Learning Disabilities Association of America, along with 16 LDA state affiliates, and other national and state partner organizations, sent a letter to Lowe’s urging them to ban the toxic paint strippers in light of evidence showing the chemicals can permanently harm children’s brain development. In contacting LDA, Lowe’s remarked that in light of having stores in all 50 states, they were especially struck by the breadth of LDA state affiliates represented on the letter. 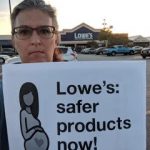 LDA leaders from across the country also conducted friendly visits to their local Lowe’s stores to share concerns with the paint strippers, and ask for action. The store visits were conducted in conjunction with Safer Chemicals Healthy Families’ “Mind the Store” campaign to get retailers to ban the two chemicals. While the U.S. Environmental Protection Agency is currently considering a ban on methylene chloride and NMP, retailers have the power to act ahead of government regulation to protect customers’ health and safety.

Urging Other Retailers and US EPA to Follow Suit

LDA, with partner groups, sent a similar letter to The Home Depot last year, and is working on additional advocacy to The Home Depot and other major retailers who continue to carry the dangerous paint strippers. LDA also has conveyed its concerns with methylene chloride and NMP to EPA in written comments and in public meetings in support of banning the toxic chemicals.

What the Science Tells Us:

According to EPA, children in the vicinity when people are removing paint with methylene chloride can suffer lasting learning impairments. EPA also found that women of childbearing age may be at greater risk of harm from these chemicals than the general population. EPA identified effects on the developing fetus as the highest concern for exposures to NMP – one of the two chemicals Lowe’s has banned.

These harmful exposures can occur within permissible limits set by the federal government, meaning that professional users exposed to methylene chloride and NMP in normal work circumstances may have at-risk pregnancies and children at higher risk for problems with learning, attention and behavior.

LDA voices made a huge difference in this successful effort to get chemicals and products harmful to children’s brain development off the market. Please join us in these efforts by responding to action alerts, becoming a member and making a donation to LDA!