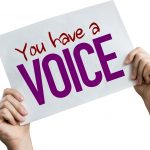 LDA was an early and strong supporter of the RISE Act, an important bill that would smooth the transition from high school to higher education for students with learning and other disabilities.  Originally introduced in June 2017, the bill had bipartisan sponsors led by Senator Bob Casey (D-PA) and joined by  Senator Cassidy (R-LA) and former Senator Hatch (R-UT).

Once again, LDA has offered its support as the bill continues its path toward becoming law.  As with many bills introduced in Congress, it often takes several attempts to see action.  So fast forwarding to May 2019, the Respond, Innovate, Support and Empower Students with Disabilities Act (RISE Act) has just been reintroduced by Senators Casey and Cassidy, with two new sponsors, Senators Hassan (D-NH) and Young (R-IN).  We expect a bipartisan House bill to be introduced soon, as well, with Representative Suzanne Bonamici (D-OR) as the lead sponsor.

Specifically, the RISE Act would clarify what documentation an institution of higher education must accept when considering whether an enrolled student has a disability.  LDA has long been concerned about the impediments to accommodations in higher education placed on students who received services under the IDEA or Section 504 in their K-12 education.  Rather than accept documentation of a student’s disabilities, colleges generally require recent testing within as little as six months to establish the need for accommodations.  In some instances this has meant a full re-evaluation or some other verification of the student’s disability.

The bill sponsors have introduced the RISE Act to clarify that a past IEP, 504 plan, or documentation from a military service, in addition to other common types of documentation, will suffice to establish the student’s disability at a college.  Decisions about accommodations would continue to be made individually by the institution and the student.

Determining what disability services are offered at higher education institutions is another challenge often faced by students with disabilities in preparing for postsecondary education.  The RISE Act would require schools to have transparent policies regarding the services provided and to widely disseminate this information.  In addition, the bill authorizes funding for the National Center for Information and Technical Support for Postsecondary Students with Disabilities, a current program that provides young adults with disabilities and their families information about disability services and how to access resources and supports.  The National Center is charged, as well, with supporting training and support for college faculty to meet the needs of students with disabilities, a concern also addressed in the bill.

LDA has joined with a number of national disability and higher education organizations to support this important legislation.  We are particularly proud that Senator Casey represents LDA, headquartered in his home State of Pennsylvania, and are pleased to work with him to move this bill forward.  We’ll update members when the House bill is introduced.

What can YOU do as an LDA member?  We ask you to contact your Senators with a simple message: “Please sign on as a co-sponsor of the RISE Act (S. 1585)!”  If you have a personal story relating to challenges accessing higher education for you or a family member, share those, too!

Join LDA in helping to pass the RISE Act!  Be a part of the LDA Action Team!