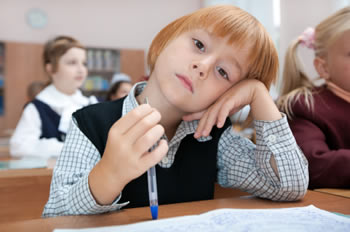 An Individualized Education Program (IEP) meeting was held for a student named Eddy, who has an Orthopedic Impairment (OI), due to his Cerebral Palsy.  The school had scored low on the President Physical Fitness Minimum Standards. Eddy didn’t walk anywhere near how fast his classmates walked and lowered the overall score.  I suggested at the meeting that he attend tutoring to increase his walking speed by working with the coach after school until he can meet the minimum standards. Eddy had tears in his eyes, and the parent then blurted out “Can’t you see? He has a disability!”

This same type of suggestion is made every day at IEP meetings for students with a Learning Disability (LD). Some people would say “Well, the exercise isn’t going to hurt him.” The expectation for Eddy is for him to walk as fast as his non-disabled peers to meet the minimum standard.   It is cruel when people focus on the limitations of his disability and how he fails to keep up with his peers.  One obstacle that some student’s with LD have is that other people can’t see their disability. Since they can’t see it, they misperceive the significance of the disability and the resulting deficits by attributing simple characteristics, such as laziness, to figure out the cause and solution for the problems facing the student with LD.  So, at IEP meetings, students with LD listen to this kind of suggestion frequently and as a result don’t like to attend IEP meetings.

Students with LD will not achieve their aspirations by continuing to focus on their weaknesses and failures. Their career opportunities will be based on their strengths, interests, and skills, not their weaknesses.  When a student with LD is forced into failure after failure because of their IEP, then they will feel inept, shame and despair.  If Eddy was diagnosed as having LD and his mom knew better, she would say, “Can’t you see he has a disability?”  The ways in which many IEPs are currently written can be cruel. More time in tutoring is not going to fix their cognitive deficits.  Remediation in the early grades is most important, and may actually help the student with a LD create new neurological connections, or develop other areas in the brain to offset the cognitive deficit.

As a student with LD advances into high school and college, trying to create new cognitive pathways to fix their neurological deficits becomes less promising. Timing is the key to remediating neurological impairments. The longer the time period between the onset of the impairment and the intervention, the less of an impact the intervention will have. Children do better with early interventions than adults. (Cramer, Mriganka Sur., Dobkin, et al, 2011)   Once the student reaches middle and high school the student with LD would do better to focus on their strengths and aptitudes to lead toward career choices. Students with LD have a neurological deficit, which is not correctable with more tutoring, more time learning the material, or determined by what the student wants to do or not do (Ivory, 2007).

Alice, who is a very talented singer and has a learning disability in Math, decided she wanted to attend college for a degree in music. She cannot pass the state assessment for Math. She has taken it five times and still hasn’t passed. She was taken out of Choir to retake Algebra 1 in her sophomore year. She failed Algebra 2b and had to take that during summer school because she was hoping to take choir her senior year after not having Choir in school for two years. Her Math teacher reports she is smart enough to pass the class, but she doesn’t put in enough effort. He is unaware of her history of math failures. She has struggled in Math since Kindergarten and has many failed classes and state assessments through middle school and into high school even with summer school after 3rd, 4th, 5th, 7th and 8th grades. Promotion committees advanced her into 6th, 8th and 9th grades. As you can see, her failure in Math has been consistent through her academic career.  In spite of early intervention in her Primary Grades and countless hours of tutoring and summer school, she still struggles in Math.  Now her senior Math teacher attributes her math problems due to her lack of effort. He was unaware of that little lesion in her brain that caused neurons to misfire, creating cognitive deficits in Crystallized Intelligence, and long-term retrieval, which caused a learning disability in math calculation and math reasoning. He sees her as lazy and not wanting to do her homework, or attend tutoring.

Alice has hated Math ever since she can remember and despite all the remediation she still can’t understand it. Now, if she doesn’t pass the State Assessment she can’t start next fall at the University of Texas Fine Arts School to pursue a degree in Music.  The question becomes “Has Alice been punished because of her LD in Math, or have State requirements put up barriers to allowing Alice to pursue her passion in life?” Then you also have to ask, is she really receiving a free appropriate public education (FAPE)?

Eddy has an OI, and people are okay with him not being able to walk as fast as his peers. Alice who has LD in Math has had countless hours of interventions to bring her up to speed with her peers in Math. When she fails, rather than attributing her failure to her LD, they attribute her failure toward lack of effort, failing to understand the underlying reason for the failure. This is cruel, just like it would be cruel to attribute Eddie’s inability to walk as fast as his peers to laziness rather than his Cerebral Palsy.  Everyone has a purpose and niche in life. Alice’s is related to Music and not Math, yet most of Alice’s IEP and interventions are related to her struggles in Math. There has to be a way for Alice to succeed!

Part II will appear in the Sept./Oct. issue of LDA Today.