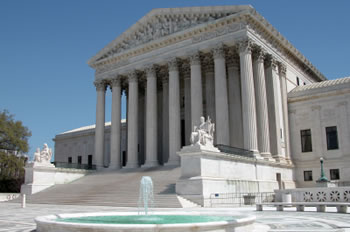 These are the facts. Jacob Winkelman is a six-year old child with autism spectrum disorder. Both the parents and the school district agreed that he is covered by the IDEA. The parents participated in the process of formulating the IEP and, when, in the parents’ view, the school district failed to provide Jacob with the free appropriate public education mandated by IDEA, the parents sought a due process hearing. The Supreme Court noted that All concede that Jacob’s parents had the statutory right to contribute to this [IEP] process and, when agreement could not be reached, to participate in administrative proceedings including what the Act refers to as an ‘impartial due process hearing.’

The due process hearing resulted in a ruling with which the parents disagreed. Without retaining counsel, they filed suit on behalf of Jacob and themselves in a United States District Court to recover the costs of Jacob’s private school placement. The Court found that Jacob had received a free appropriate public education. The Winkelmans then appealed to the United States Court of Appeals for the Sixth Circuit. This Court ruled that the Winkelmans’ suit should be dismissed because they were not represented by counsel. The United States Supreme Court decided to hear the case because different circuit courts of appeal had decided the question in different ways.

The Court framed the issue before it this way. The question is whether parents, either on their own behalf or as representatives of the child, may proceed in court unrepresented by counsel though they are not trained or licensed as attorneys.

The Supreme Court agreed that the parents could proceed without attorneys and reversed and remanded the case to the Sixth Circuit. The opinion was written by Mr. Justice Kennedy on behalf of the Court. Mr. Justice Scalia and Mr. Justice Thomas agreed with the result but not the reasons for this action.

The Supreme Court concluded that an examination of the IDEA provisions recognized extensive parental participation in the IEP development and administrative disputes resolution process. The IDEA, ruled the Court, expressly states that, the IDEA was adopted to ensure that the rights of children with disabilities and parents of such children are protected. 20 U.S.C. §1400(d)(1)(B). As a result, parents have independent, enforceable rights under IDEA. These IDEA rights are part of the larger package of rights which parents have to guide the education of their children.

Under the Court’s ruling, both the parents and the child have a right to have FAPE provided to the child as well as the procedural rights to participate in the IEP formulation and disputes process. Justices Scalia and Thomas disagreed that the parents had a right to have their child provided with FAPE but agree that the parents had procedural rights to participate in actions such as IEP formulations, under IDEA.

Most parents choose to litigate using the services of an attorney, but this ruling provides relief to those parents who seek to proceed without one.