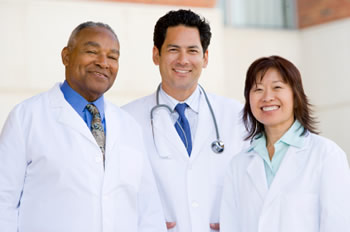 The American Academy of Pediatrics and the American Academy of Child and Adolescent Psychiatry use the same criteria for diagnosing Attention-Deficit/Hyperactivity Disorder (ADHD)–the DSM 5. Individuals with ADHD might be hyperactive, inattentive, or impulsive. Before going into detail, let’s look at each of these terms. Criteria describing each behavior can be found in the diagnostic manual. They can be seen with children and adolescents as well as with adults.

Hyperactivity does not necessarily mean a child who runs wild and jumps on furniture. These behaviors might be present; however, more commonly we find a child who is restless and who likes to fidget. Knees are going up and down, fingers are tapping on the desk, pencils are drumming. Inattention might take one of two forms. The child might have difficulty organizing and processing information because of difficulty maintaining attention. Or, he or she might be easily distracted, resulting in a short attention span. This distractibility might be to sounds, visual stimuli, or thoughts. Thus, some are distracted by any noise in the environment and others might be distracted by anything that gets his or her visual attention. Still others appear to have difficulty blocking out unimportant thoughts. They describe having several thoughts at a time and might drift off with a thought, appearing to be inattentive. Impulsivity might be verbal or in action. Some do not stop to think before they talk, interrupting the teacher, parents, or friends. Others do not stop to think before they act, possibly doing risky behaviors such as climb high in a tree, dart out into the street, or grab something without thinking of the possible outcome.

If the behaviors found with ADHD are this clear, why is it difficult to make the diagnosis? The most frequent cause of these behaviors with children is not ADHD. In fact, ADHD is the least most frequent cause for these behaviors. Anxiety can cause hyperactivity, inattention, and impulsivity as can depression. If the child has academic difficulties and is struggling in school, the resulting frustration and avoidance behaviors will look the same. How do we differentiate between these possible causes of the presenting behaviors? If the symptoms are secondary to anxiety, depression, or frustration, they start at a certain time and exist in certain circumstances. No one described Billy as hyper or inattentive till third grade. He only shows these behaviors in school or when doing homework. Janet had no difficulties until fifth grade. Now she is inattentive in school. You learn that parents separated during the summer before entering fifth grade or that a favorite grandparent died. John is only found to be hyper and impulsive every other Monday and Tuesday. You learn that these days follow the every-other-weekend visits with father and his new wife. If these behaviors are caused by ADHD, they will be described as chronic and pervasive. This neurologically-based disorder is present from birth and sometimes earlier. And the brain goes wherever the child goes. A mother will say, “You know, it sounds silly but she kicked more in utero.” Or, “he started to walk at ten months and my life became hell at ten months and one minute.” Year after year, teachers describe these behaviors. Pervasive in that they are seen in school, at home, with friends, and at sports and other activities. They occur during the summer as well as during the school year.

ADHD is diagnosed by confirming a chronic and a pervasive history of hyperactivity, and/or inattention, and/or impulsivity. This statement is critical. If a parent comes in saying that their son’s teacher is complaining that he cannot sit still or pay attention, you cannot make this diagnosis. Psychological testing, computerized testing, rating scales, parent questionnaires provide important clinical information; however, these results only show that certain behaviors exists. These are symptoms. To finalize the diagnosis you must get a full developmental history and confirm a chronic and pervasive history. Teachers and other school professionals might suggest ADHD. Only a physician can finalize this diagnosis.

DSM 5 requires a four-step process to establishing this diagnosis. First, using sample criteria listed, can you confirm that the child is hyperactive, inattentive, and/or impulsive? Second, did these behaviors exist before the age of six (chronic)? Third, do these behaviors interfere with two or more aspects of the child’s life (pervasive)? The final step is to rule out any other medical or psychiatric diagnosis that could explain the behaviors.

If a child came into your office with the complaint of lethargy and a fever and you noted that his conjunctiva were pale, you would not reach for the prescription pad. You would order further studies to clarify if he is anemic and, if so, why. So too, if a parent comes in saying that a teacher sees the child as inattentive, you do not reach for your prescription pad. You must get more details, including a developmental history before finalizing the diagnosis of ADHD.

ADHD is the result of a neurochemical deficiency within specific circuits of the brain. This deficiency is with a specific neurotransmitter, norepinephrine (or one of its precursors, DOPA or Dopamine). The primary treatment intervention is the use of one of a group of medications that increase the amount of this transmitter at the nerve endings within these circuits. Once the level of the transmitter is where it should be, the behaviors significantly decrease or stop. Once the medication wears off, the transmitter level drops and the behaviors return. It is beyond the scope of this brief introduction to ADHD to discuss these medications and how best to use each. References are noted later that go into detail on the medications, appropriate doses, and management of side effects.

In addition to prescribing medication, it is important to educate both the individual with ADHD and the parents. Consider providing information, reading material, or organizations parents can turn to for help. These organizations are noted later. Also, explore if the child has other emotional, social, or family problems. An appropriate referral might be needed.

This combined approach of education, counseling, and appropriate medication is best. It will also be necessary to work with the child’s school system. Teaches and other staff need to know what medications are being used, what to look for to show that they are working, and what side effects to watch for. This teacher’s input is critical to your selecting the best medication, adjusting the dose, and managing side effects.

Special accommodations might be needed. ADHD is not covered under the education law, IDEA. However, some schools will consider using the classification of “Other Health Impaired” to fit the child under this law, thus allowing for an IEP. Section 504 of a disability law requires that accommodations must be provided for anyone with a disability. Thus, some schools will prepare a “504 Plan” to cover needed help.

About 30 to 50 percent of students with ADHD will also have a learning disability. (See “Doctor to Doctor: Information on Learning Disabilities for Pediatricians and other Physicians” on this web site.) Thus, if you diagnose a child with ADHD, it is critical to ask about learning problems. If you hear of struggles with reading, writing, math, or areas of higher function (memory, organization, executive function), it will be important that studies be done to clarify if a learning disability exists.

We now know of what is called a “Continuum of Neurologically-based Disorders.” If a child has any one of these disorders, there is a high likelihood, up to 50 percent, that he or she will have one or more of the others. They are:

These disorders can be differentiated from secondary emotional problems by the clinical history. Like ADHD, they are neurologically-based. Thus, you will establish a chronic and pervasive history for the anxiety, depression, anger control, or obsessive-compulsive behaviors. If these clinical problems are secondary to the frustrations and failures experienced by the child, the history will suggest that they started at a certain time or occur in certain situations. If you find clinical evidence of either, a referral is indicated.

Academic and/or attentional problems result in school problems. These problems can also impact on the emotional state of the child and his or her ability to function within the family, with peers, or in activities. The result of missing the diagnosis of ADHD or of a Learning Disability and, thus, delaying treatment, is significant and can have an impact throughout the person’s life. It is critical that you be aware of ADHD and Learning Disabilities. Early diagnosis and treatment is the best hope for a good outcome. 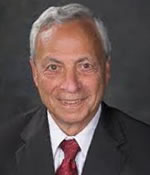 For more than thirty years his primary areas of research, clinical, and teaching interest have focused on the psychological, social, and family impact of a group of related, neurologically-based disordersLearning Disabilities, Language Disabilities, Sensory Integration Dysfunction, and Attention Deficit Hyperactivity Disorder.

The material presented here is from Dr. Silver’s book and offered via LDA with his permission.