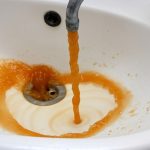 One of the main reasons individuals join LDA is its strong advocacy for the health, safety, and education of children. When LDA learned of the dire situation with the water supply in Flint, Michigan, and the serious effects of high lead levels on children, a workgroup of LDA members sprang into action to support families in that community.

Members of the LDA Public Policy Committee and the Professional Advisory Board (PAB) joined together to compose a letter (click here to see the letter) that has been sent to national news media including the New York Times, Washington Post, and the Rachel Maddow Show (MSNBC), and local and State media outlets in Michigan such as the Detroit Free Press and the Flint Journal. Members in Michigan also reached out to the Michigan Department of Education and are working with the Michigan Healthy Children Project. Maureen Swanson, director of the LDA Healthy Children Project, and PAB chair neuropsychologist Jerry Schultz provided expert information to the workgroup on the effects of high lead levels on children’s growth and development.

The letter makes clear the immediate priority must be testing and treating children for lead poisoning, but notes also these actions are just first steps in addressing a problem of this magnitude. Evidence clearly links high lead levels with increased incidence of learning disabilities and/or neurological impairments. Therefore, a long-term plan must be in place to prevent this type of catastrophe from being repeated elsewhere.

LDA recommends a long-term plan include the following:

LDA understands that Flint is an extreme example of a problem that exists in many cities and towns across the country. A key component of the LDA mission and vision is to reduce the incidence of learning disabilities for future generations. LDA actions to prevent situations like the one in Flint will help make this vision a reality.