The ED Pubs web site is intended to help you identify and order U.S. Department of Education products. All publications are provided at no cost to the general public by the U.S. Department of Education. Pubs offers more than 6,000 titles. Items include: brochures, CD-ROMs, grant applications, newsletters, posters, research reports, videotapes and financial aid products.

Legislation was passed that exempts the Armed Forces from the ADA. The Armed Forces are not required to grant accommodations, such as extended test time, on their qualifying test or as applies to service, so yes, having a learning disability would be a big problem. Also, military regulations provide that academic skills deficits that interfere with school or work after the age of 12 may be a cause for rejection for service in the Armed Forces.

Specifically, Members of the Armed Forces are appointed to a specific rank or grade under the authority of Title 10, United States Code. As such, they are exempt from the Americans with Disabilities Act (see 42 U.S.C. Sections 12111(5)(B)(i) at http://www.ada.gov/pubs/adastatute08.htm#12111 and 12131 at http://www.ada.gov/pubs/adastatute08.htm#12131). Discrimination in DoD civilian positions is governed by the Rehabilitation Act of 1973 which generally applies the same standards for employment as the Americans with Disabilities Act. However, this policy does not apply to “uniformed members of the military departments,” only civilians. The military exception to the Rehabilitation Act is articulated in case law interpreting the statutory language. Equal Employment Opportunity Commission and DoD regulations explicitly exempt military positions in the DoD from disability anti-discrimination policies and procedures. DoD physical requirements for military positions affirmatively discriminate on the basis of disability, and the courts have interpreted the military’s statutory authority to prescribe physical standards as overriding the requirements of the Rehabilitation Act.

There is a link from the Coast Guard which has a synopsis of all the relevant sections of the USC, any executive orders, etc. at

So basically, Section 504 of the Rehabilitation Act of 1973 exempts the federal government from complying with disability law based on its fundamental definition of “employer.” Any compliance with disability law by the armed forces is by choice, so for example, they have chosen to make all new construction wheelchair accessible. Likewise, they have chosen to adopt policy/procedure that does not allow for accommodations on the ASVAB. But it’s their choice.

There is a lot of information about learning disabilities in the workplace at https://ldaamerica.org/category/workplace-issues/. Another good resource is the Job Accommodation Network at http://askjan.org.

There is information about learning disabilities and employment at https://ldaamerica.org/category/workplace-issues/

Depending on how old your son’s learning disability evaluation is, he should have the right to request reasonable accommodations to help him succeed in his job. Employers vary regarding how current they ask LD documentation to be, but if it’s was done within the last 5 years, it should be current enough. Some employers will accept older evaluations if the person was an adult when he or she was last tested.

Choosing reasonable and effective job accommodations varies depending on the individual’s areas of strengths and needs. For example, if your son has strong visual skills, it might help him to have written directions and/or flow charts for multi-step processes. If, however, he does better with listening than reading, it might be more appropriate to have an auditory recording of the steps that he can listen to as he works.

There are ideas for assistive technology that may help him at https://ldaamerica.org/category/technology/technology-for-adults/. Also, you may want to explore the information at the Job Accommodation Network at http://askjan.org/ JAN also has a toll-free number so you can call and speak with a job accommodation expert about ideas for effective and appropriate accommodations. That number is 800.526.7234.

Yes, you definitely need a written release of confidential information signed by your son before you can discuss any disability-related information with his employer. A better approach, of course, is for your son to self-advocate for his needs himself, or at least be with you when you meet with the employer. There is more information about self-advocacy in the workplace at https://ldaamerica.org/self-advocacy-in-the-workplace-requesting-job-accommodations/

It’s important to choose a career or job where you can use your strengths more than your areas of challenges. The ADAAA protects people with disabilities in the workplace, however, so with the right job accommodations in place, you should be able to find a good match with your strengths and interests.

Students with a Certificate of Completion should be eligible for many of the same employment opportunities as student with high school diplomas, but a good job fit would be something where the student could use his areas of strengths as much as possible. It’s also important to determine appropriate job accommodations and strategies for the more challenging areas.

A good resource for help finding the right job for people with disabilities is your local Rehabilitation Service Agency (RSA) program. Click here for information about RSA and how they can help.

You can find more information about Certificates of Completion vs. high school diplomas here. 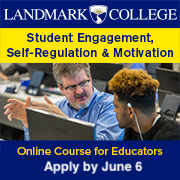